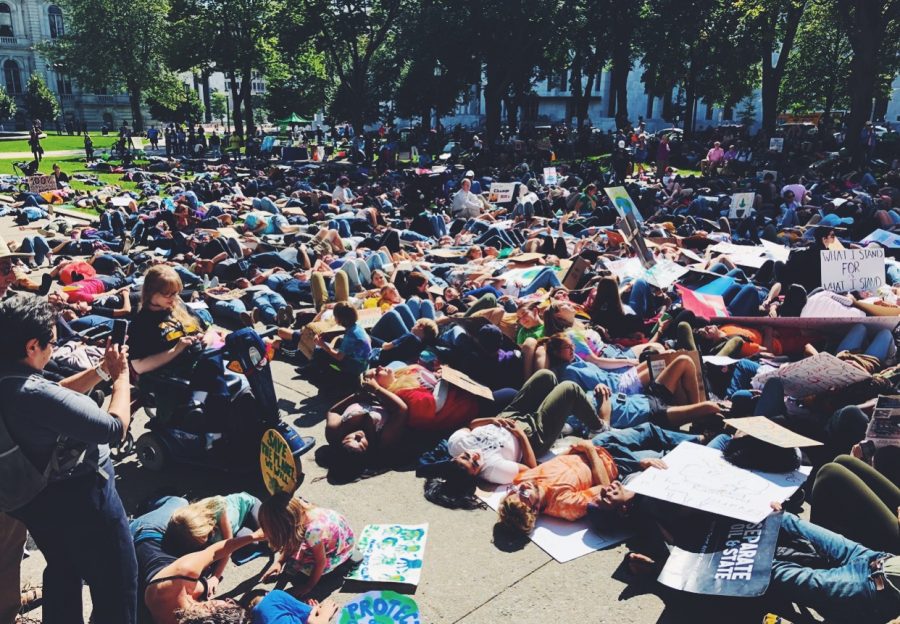 In September of last year, around 250,000 people took part in a controversial climate strike in New York City. A surprising part of the protest was the ratio of young to old that attended.

“There were people from a lot of high schools and colleges that were in the area. And most of the speakers were very young with lots of leadership qualities,” explained Maiya Robinson, former FHS student and protest participant.

Many other climate strikes are in the works as part of a growing trend led mostly by Millennials and Generation Z. Why us, you might ask? Why the overwhelming concern and participation in worldwide problems, especially the uprising in climate change awareness? Why has the responsibility been passed to us, the youth of the world, instead of it being taken care of by previous generations? Look where doing nothing has led us as a country, as a nation, as human beings in general. It’s time for us to step up to the task and take charge. Whether that’s in the form of strikes, marches, or even a tweet.

Globally, youth are the ones leading this movement because of the older generations’ dismissive behavior. In an interview with Bruce Gibney, the author of A Generation of Sociopaths: How the Baby Boomers Betrayed America, he explains how the baby boomer generation has let down the current millennial generation. “If we want to be market-oriented about this, we can think of the climate as an asset, which has degraded over time thanks to the inaction and cowardice of the boomer generation. Now they didn’t start burning fossil fuels, but by the 1990s the science was undeniable. And what did they do? Nothing.”

Global warming is not up for debate. According to NASA, “Models predict that Earth will warm between 2 and 6 degrees Celsius in the next century. When global warming has happened at various times in the past two million years, it has taken the planet about 5,000 years to warm 5 degrees. The predicted rate of warming for the next century is at least 20 times faster. This rate of change is extremely unusual.”