Gifford Street Writers: a Place for New and Experienced Writers 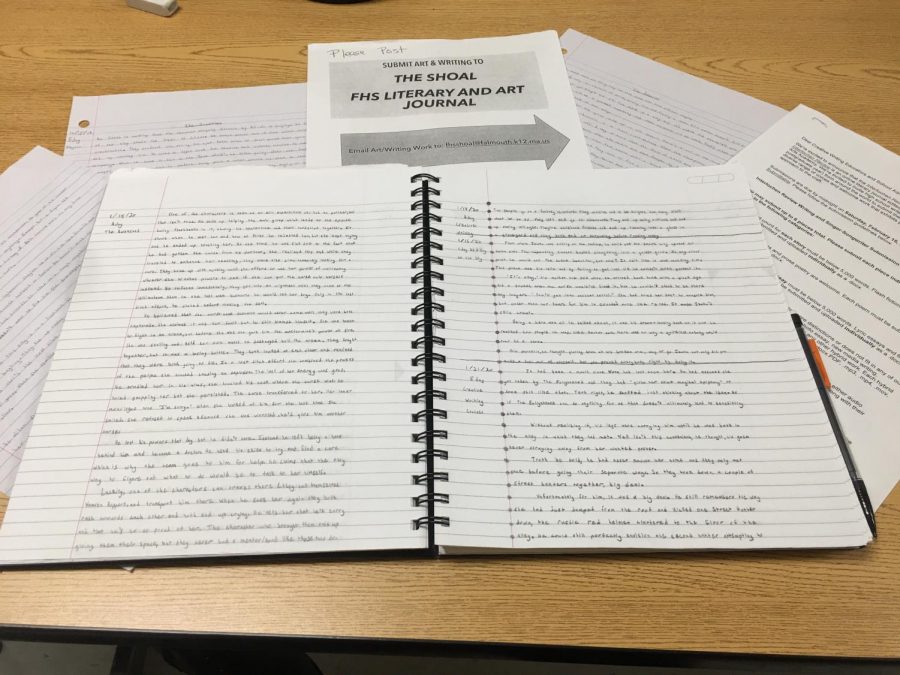 Keyboards click and pencils scrape in tandem as students type with determination. These students aren’t working on an English essay or a history paper. No, they are creating a world behind their screens and notebooks. They are the Gifford Street Writers.

The Gifford Street Writers meet every two weeks on Wednesday in Ms. Stephen’s room from 2:00 to 3:00. The club can help students who want to write creatively, as well as students who want to start writing but don’t know how. In the club, students are able to share what they have written, but they don’t have to. It has become a safe place for the writers.

The club began in 2005 when according to Ms. Stephens, “MCAS infiltrated our world, and there were fewer opportunities to write in a different manner.” Ms. Stephens “wanted kids to write something different.” She never thought that it would be anything more than an idea until she mentioned it to a student named Casey who said she wanted to do it. That ignited the spark that became The Gifford Street Writers.

Together, Casey and Ms. Stephens created the club. They brainstormed several names, but Gifford Street Writers stuck. With the students and Ms. Stephens working together, they were able to focus on writing as a creative author not as an analyst.

“Oh we went through so many names,” Ms. Stephens said, dragging out the s to describe the trials and tribulations that the writers had to overcome. She brought in journals from colleges in order for the writers to view how they reflected the college.

The writers had a different approach though. They wanted to celebrate their own form of creativity. Personally, Ms. Stephens liked the name 874 for the journal because it’s the address of FHS. However, the students decided on The Shoal. “They wanted a name that represented being able to write freely,” she explained.

The student members of the Gifford Street Writers read the submissions and determine what will be published.

“The time to assess Shoal submissions was really important to me because I always felt that our journal reflected our club as well as the creativity and quality of all of the artworks and writing pieces we included,” said Tori Johnson, a former member who graduated last year.

It’s a thoughtful process. The writers share their input–reviewing the art and rereading the writing. They sometimes triple check the submissions. “The journal decisions were my favorite part. I love feeling like I have a say in something, especially as someone who is very quiet and whose voice is often overpowered by others,” Tori stated.