Coach Andrade: A 24 Year Coaching Journey Comes to an End 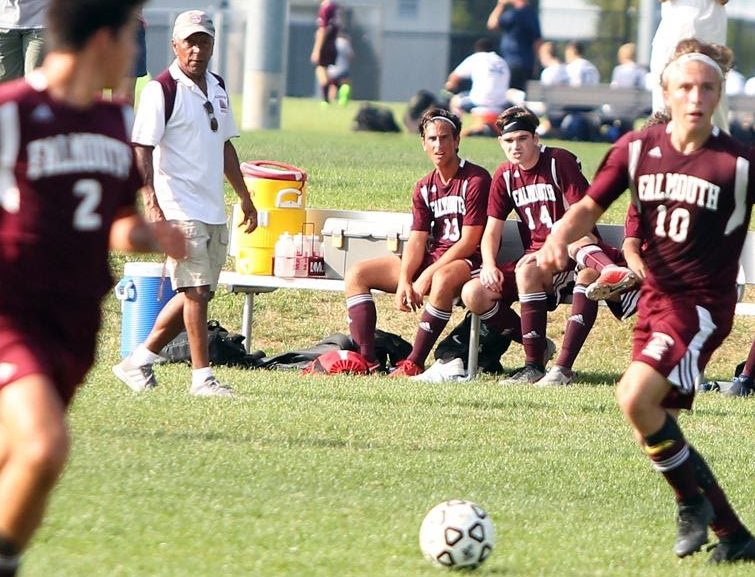 Mr. Bill Andrade coaches his team from the sidelines.

All great journeys must come to an end. For Mr. Bill Andrade, his 24 year coaching career at FHS concluded with the Boy’s Varsity 19-20 season. A devoted man on and off the field, Mr. Andrade has coached multiple teams, bonding with each and every player, offering wisdom and guidance for their future.

One key lesson Coach Andrade taught his players was the importance of desire–the hunger to go out and achieve something. He believes that no one can succeed without effort. It’s the factor that separates the good from the great. It’s a crucial element in achieving your goals, the Coach explained.

In this final season, he felt a lack of desire from his players at the beginning, initially resulting in a disappointing start even though he had a great team. “I saw many talented juniors and knowing the quality of the seniors, we were on the verge of a great season.”

The belief in the talent was strong between the players and the Coach. As games went on, Coach Andrade often reminded the team of how they were playing “good soccer” and how they “put up a good fight against the other top teams.” This push to motivate and encourage the team created results after starting the season with 4 losses. The team went on to claim 7 wins, beating a majority of teams that had previously defeated the Clippers.

Such turnarounds are only one of the many possibilities that can occur in the world of sports, along with tough losses, injuries, and top competition, but Coach Andrade is a true veteran that experienced them all. Embracing the challenge he says, “opened up my eyes on how powerful people can become when unified.” He was amazed at how complete strangers can come together to form a family. “The bond between everyone is one of my favorite parts of being a coach.”

The Coach’s passion for the game is evident to all he has influenced. “He gives the team his full effort on and off the field,” said Nick Hardin, one of the four captains. Along with his players, other coaches feel the same way. “He makes a great coach with his love for the game,” said Assistant Coach, Mr. Girouard.

What’s next for Coach Andrade after his long career? Although he has stopped coaching, he won’t stray too far away from the sport. Rather, he will support his son, Colby Andrade, with his future in soccer.

Such commitment to the sport demonstrates how much soccer means to the Coach. “I just love the sport. It has been my greatest passion throughout my life.”