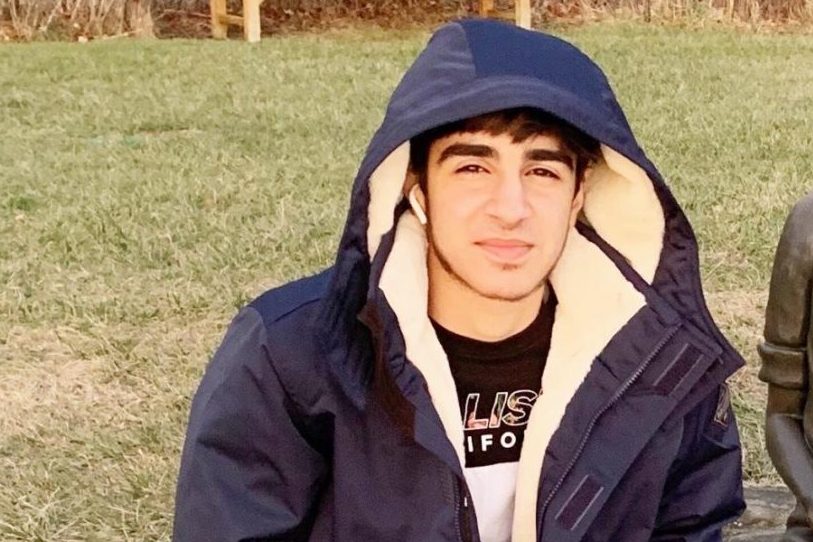 Anthony Kairouz is an 17-year-old student at Falmouth High School that flies under the radar but will talk with you if you would like to talk to him. He is shy but outgoing, a young man of few words but with an important story to tell.

Anthony moved to the United States from Lebanon this school year and started his senior year in September with the rest of the class. His father got a job offer working with a cousin in a mechanic’s garage in Hyannis. The chance to come to America was an offer his family could not resist.

Anthony and his dad arrived first, with his two sisters and Mom following a few months later. Reflecting on this once in a lifetime opportunity, Anthony’s immense appreciation was evident by his soft smile. “When I was in Lebanon, my dream was to come to the USA, so when I heard I was [coming], I got very excited.”

Leaving family is difficult, but it was the only option. The “future is more important right now,” he said.

Anthony doesn’t think about Lebanon as often as you might expect, despite being very close with his family and friends back home, because he knows this is his future. If he does, it’s during school where he doesn’t know many people yet. But he has moments of doubt. “What am I doing here? No matter how much I love the USA, Lebanon will always be my real home.”

“Living in Lebanon was way harder than here in the USA,” he explained. Americans are more open and help each other. Many of the people in Lebanon ignore you like a stranger.

Anthony also discussed the corruption in Lebanon right now. After his sister and mother came to the United States in October, a revolution broke out. The government is stealing money from the people. There are also civilian protests.

As Anthony talked about the crisis, I could see his frustration and worry. Some of his family is still in Lebanon. Anthony said he wants to “help them come here to be safe and live a better life,” the way he’s been given the same opportunity.